When I informed my family and friends that I was posted to Ondo State for my National Youth Service, after spending the last year in Ile-Ife, Osun State most were of the opinion that I held some kind of bond to the Southwestern part of Nigeria.

I have always loved the West as a child, without (good) reason, and even though I make frequent trips to Lagos, it was not until last year that I experienced the West for all that it embodies. I have never had to geniculate to greet an elder, attempt to eat amala with ewedu or say, ‘Mi o gbo Yoruba,’ when someone says something to me in Yoruba that I do not understand.

When fate had me returning to this part of the country, I decided it was either to learn something I missed out in the course of the last year, correct a misconception or understand better a few things that puzzle me.

For whatever reason I have to spend the next year in the West, I am open to the thrills, new experiences I will have and new persons I would meet. This time, in a largely different setting, a livelier city, and on much better terms – a Nigerian Corp Member with an abundance of time and goodwill.

I hoped that before the end of my intern year, I would share my success with eating Amala, but, alas, that never happened – until a month ago, and I am delighted to be sharing this experience with you!

When Damola heard that I have never eaten Amala, despite having spent the past year in the West, he was determined to make me eat it. His conviction became likelier to succeed after he ate two soups, one from Southeast Nigeria and the other from the South-South – Oha and Afang soups to be precise – and enjoyed them. Unlike myself, Damola was eager to try these new foods and did not need me to coerce him to. ‘What is the worst that could happen,’ he asked, as we made our way to the Mammy market in camp. ‘The worst that could happen is that I will purge, and I will take an antimotility agent,’ he replied to his own question. I merely looked on in fascination and part admiration.

A few days later, as we walked to have lunch, he declared, ‘Today is the day you will eat Amala!’ I may have laughed at his assertion, but when he suggested that I try it with Egusi soup, as opposed to the conventional Ewedu, the idea became more agreeable to me. I arrived at the conclusion that change is more tolerable when mixed with the familiar.

‘Change is more tolerable when mixed with the familiar.’ – Annie Ejiofor

I did not order a bowl of Amala for myself. He did for himself while I ordered something different, but insisted that I take one or two swallows from his plate. I would admit here on my blog that was it not for the fact that I had my plate of food before me, I would have gone beyond the second swallow. It was not so bad after all, it was good even – to say great might be a slight exaggeration. I realised my aversion lay more with Ewedu and the accompanying stew it was served with than it did with Amala, which is a good swallow in and of itself.

If one year was too short to learn and become fluent in Yoruba, perhaps two years would be enough? By the end of my housemanship year, even though the majority of my Yoruba friends agreed that I have made significant and admirable progress with understanding and speaking Yoruba, they also agreed my pronunciation was flawed and needed fine-tuning.

During the orientation programme in Ikare-Akoko, my colleagues who are Yorubas took to teaching me tone marking in Yoruba and how that influenced the pronunciation of words. I am still learning. I look forward to how much better I will become at the end of my service year.

I am presently learning French on Duolingo, picking up where I left off in secondary school. By now, my love for languages should be evident. I have searched for Yoruba on the app but couldn’t find it. If you know a resource that can ease the learning of the language, please, be kind to recommend it to me. I was posted to Akure, an urban part of the town and if I do not make any conscious learning efforts, my proficiency in Yoruba would suffer one of two things: stall or deteriorate. I would not want either of these to happen.

A year ago, I would have thought erroneously that all Yorubas are one and the same, regardless of the state of origin, but I look forward to noting the subtle differences in language, food preference and other cultural differences that underline the different people. I also hope that this is the year (my service year) that I will complete my tour of Southwest Nigeria – visit Ekiti State to be precise, the only state in the southwest that I am yet to visit, and other tourist sites, starting with Idanre hills here in Ondo State and progressing to Ikogosi Warm Springs in Ekiti State and beyond.

What is your behaviour toward new cultures, places, and people? Are you inquisitive, laid-back or paranoid? Which Nigerian tribe fascinates you the most and what do you love about them? Feel free to also share something somewhat popular but new to you that you learned about a people – Foreign or local.

Hi! I am Annie. A medical doctor, Nigerian and Writer. On this blog, you will find writings that cut across a number of subjects that aim to inform, inspire, educate, and also entertain you. I am so glad you stopped by today. I hope you keep coming back. View all posts by annieejiofor 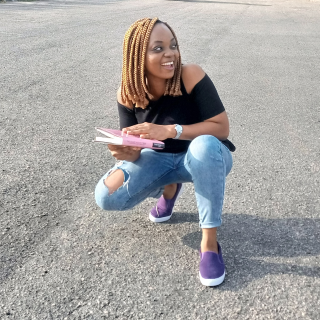 Hi! I am Annie. A medical doctor, Nigerian and Writer. On this blog, you will find writings that cut across a number of subjects that aim to inform, inspire, educate, and also entertain you. I am so glad you stopped by today. I hope you keep coming back.