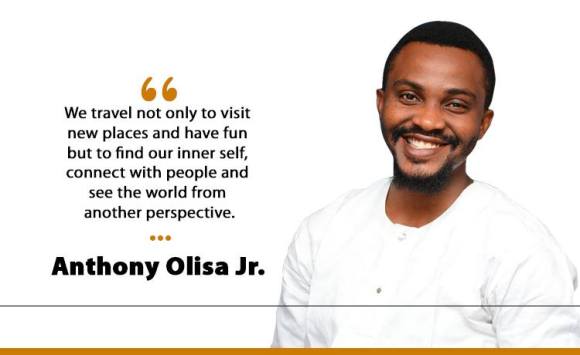 I might not have been to a lot of countries, but for the average Nigerian of my age, I daresay I have done well for myself and I am still pushing.

As a child, I got restless being in one place for long. It was not until I got into the university that I discovered that that was a pointer to who I was to become later – a “Traveler/Walker.”

I love nature, a bit of wildlife, hiking, mountain climbing (although I have acrophobia), cities, history, and oceans.

In the past, my friends have used varying names to describe me. Some of which include; Wakawaka, Wakajugbe, and Traveler.

Amidst all of these, I found a name that intimately relates to who I am. This name reminds me of my desire to visit 40 countries before 40 and at least one country in every continent of the world before turning 40.

While in the university, I belonged to one of the world’s largest youth organization. Being a part of the organization exposed me to how much young people strive to see the world and make a change while doing that. 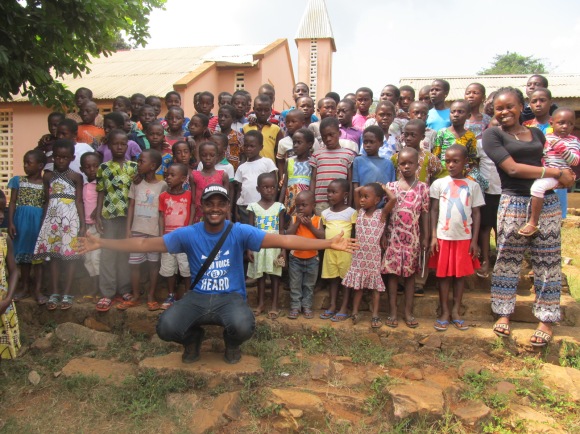 My travel voyage started in West Africa. Being my early trips, I would not say they were my best travel experiences, but going on them taught me how to travel across borders.

West Africa has some of the strictest borders yet people get across them without hassles due to their porous nature. I actually went through Seme border on a motorbike several times without a passport or an ID card.

This makes me think ECOWAS is not a functional organization because what is experienced at the Seme border (the border between Nigeria and Benin Republic) and the Ghanaian-Togo border is totally different from what is portrayed to the world.

Anyways, my voyage from Nigeria through Benin Republic, Togo, Ghana, and Ivory Coast showed me the similarities in culture, behaviours, and practices between these countries – the only difference being the borders used to divide them during the colonial era.

Traveling through the Francophone countries made me wish I had taken my French classes a bit more serious in primary and secondary school. On those occasions, even Google translator could not come to my rescue.

Of worthy note are the francophone meals. They are somewhat light and their love for fish in Ivory Coast is remarkable.

Ghana, on the other hand, always feels like home. Although they speak English, the way they pronounce their words and syllables differ from ours. 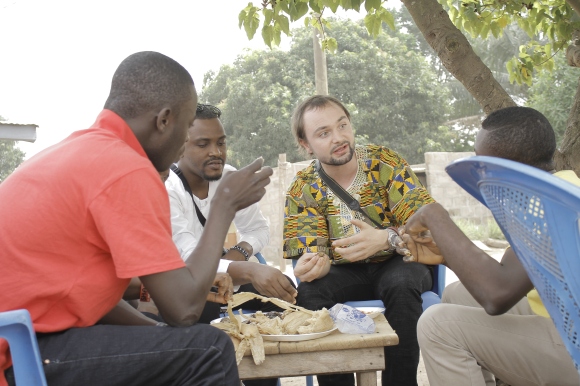 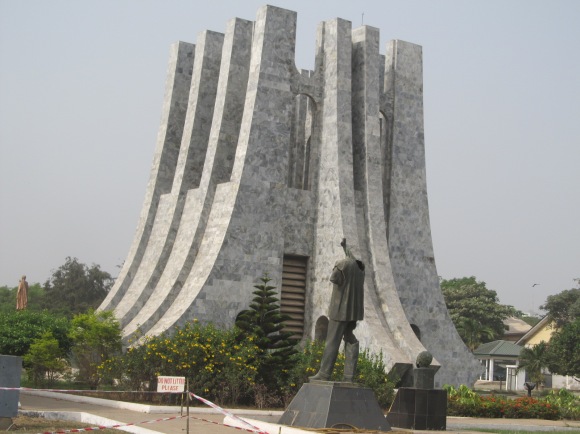 I saw history, ate kenkey and banku, and partied a lot. Three times I was involved in an auto accident in Accra. I had plenty of experiences in Ghana. In my next writing, I would share in details places you can visit for tourism and fun in Benin Republic, Togo, Ghana, and Ivory Coast.

My second voyage was in East Africa and began from Tanzania. Things were a lot different from my touchdown at Julius Nyerere International Airport, Dar es Salaam. The lifestyle. Culture. Food. My God, the food is totally different. Fattening.

Before I began my voyage, I had an unpleasant experience at Kigali international airport, Rwanda simply because I had a Nigerian passport. I was not expecting it because I was not on the European shores like I was in my previous voyage.

I was made to literally bring out everything in my backpack. I was thoroughly searched in the waiting room. It was a humiliating experience, but I did not let it bother me. Nigerians may be judged by stereotypes but I will be true to myself at all times.

Tanzania was to be my new home for the next one year. I was edgy at the beginning. I fought and resisted change. I found myself complaining and comparing everything with how it was back home in Nigeria. It took me a month to adapt and since after, the experience has been worth every single bit of it. 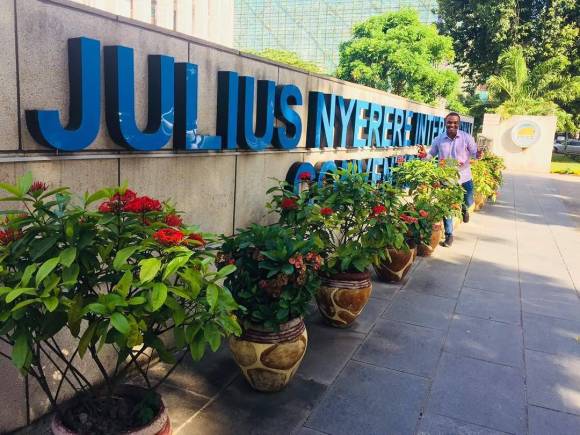 Some quick facts about Tanzania:

There is a lot to write about Tanzania… I hope to write again.

In East Africa, I have also visited Great Kenya, Rwanda, which I call “the Europe of Africa”, unforgettable Uganda, and seen the borders of Burundi.

East Africa has shown me that Africa has a lot of pretty ladies. It has brought serenity to my soul. It made me worry less, reflect more, and discover more about myself.

About our guest writer 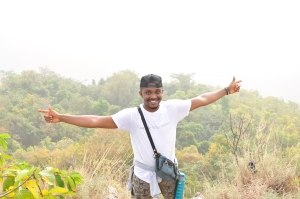 Toni, as he is called, is a dynamic individual who enjoys traveling and humanitarian tourism. He organizes both solo and group adventures.

He is currently an intern with a firm in East Africa and is also setting up his own startup with a focus on global adventures and branding for individuals and firms.

He is a double honours graduate with a degree in Geology and Mining Technology, as well as Civil Engineering.

I enjoyed reading this especially as I am curious about and love Africa. I also have a dream of touring through Africa in my lifetime. At least I have begun by seeing Africa through Toni’s lens. His story goes to show that there’s a lot to love and learn about Africa and Africans.

Did you enjoy reading this? Have you visited or lived in any of these countries? What fascinating thing did you learn or can you relate to from his story or your personal experience? I would love to hear your sentiments on this.

Ps: Contact/collaborate with me here.

I blog about life within and without medicine and other lifestyle topics like books, travel and helpful advice for medical professionals.

13 replies on “Africa Through My Lens”

Big ups bro, the dream is much more bigger I know some day you’ll accomplish everything you dreamt of especially breaking Colombus record

Thanks Brother…..Amen to us going global yea

Nice one Toniventure.
Reading your story and seeing those pictures, I feel like going on some adventure right away.

Tanzania sounds like a good place to start😃.
They must be ‘super-patient’ over there. I can’t imagine traveling at 50km/hr, and suspending a journey halfway because it’s past ‘traveling time’.

Your acrophobia de learn where my own de– I wouldn’t be able to pose for that photo from such height. Hehehe.

😂😂😂 @ your acrophobia de learn where my own de. Ikr? 😂 Ordinary one story building dey fear me, talk more of that height 😱

50km/hr is slow mehn. Well, like he said, they are patient to a fault, and that may be your first culture shock as a Nigerian.

Thanks for reading through this article… I’m glad you saw and learnt a lot from it.

Awesome adventures. Africa is indeed beautiful, kudos to you Toni as you keep exploring more countries and hopefully other continents.

Amen daddy in the Lord…lol

Africa is indeed beautiful… i love travelling but haven’t engaged in it much.
Thanks Toniventure for letting me travel through your stories.

I’m sorry for the embarrassment you encountered at that airport.
It is just painful every Nigerian is treated this same way.

Thanks again for sharing.

I cherish you Dr. Annie.

PS: Mr. Tony, I’m studying civil engineering, do you have any words of wisdom for me career-wise.

💖💖💖 I cherish you too, Valoria. I will send your words across to Tony. 😊

Annie told me about you already, sorry for my delay in responding.

You could get my number from Annie, so we talk more.

Well endowed hips and back sides? Man, I’m going to Tanzania 😂😂.. Nice piece tho. Enjoyed it.
Maybe you should have shown us pictures of some of the ladies too..